Ultimo – How Would You Take Your Last Photos? 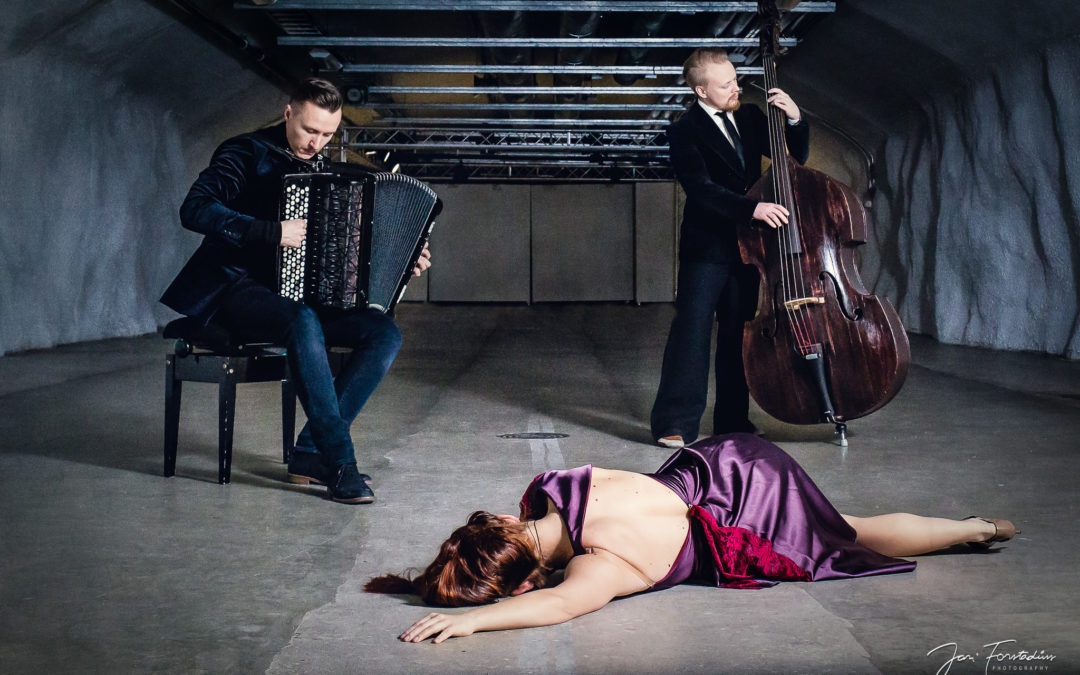 “How woud you take your last steps?” is the question raised by the Ultimo show by Tangotheare Kiuta. I had again the pleasure of working together with these multitalents to create promotional photos for their newest show. On a rainy January night we gathered at the undergrounds of Sörnäinen in Helsinki, on a very special stage where the actual show was to take place.

The show is an intimate three person performance about a man’s last steps. The story is mostly performed by using Argentinian tango dance and music mixed into a theaterical pantomime with very few words. Music played by Harri Kuusijärvi haunts around the stone shelter while Marjo Kiukaanniemi and Timo Hakkarainen weave their steps into the final dance telling the story of a couple, life, death.

The final stage lights were not set yet when we took the promotonal photos, so I had to use my own flashes for lighting. After discussing about the show and hearing the wishes I set up the lights for the photos. The unique place combined with the dressed up artists offered a lot of chances for taking nice photos. However, the time was limited so we had to work fast. I worked to produce images that matched the visions I was told by the group. Attached to this text there are some examples of the final images.

After the first performances in Helsinki, the show continued to tour at Buenos Aires. Below is an example how one the final images was used in the flyers of the show.

I also had a chance to participate the final rehearsal to take some show photos to be presented on the Helsingin Sanomat newspaper on their review of the show. It was really magical and mind tickling to see the show about man’s final steps presented in an empty bombshelter, just me, dancers, the musician and guy operating the lights. While taking the photos of the dance couple and the musician, questions popped into my mind; If you had only few last photos to take, how would you take your last photos?

Moreover, in this era of selfies, another question came into my mind; if you should present your life with just a single photograph, what would that photo be?