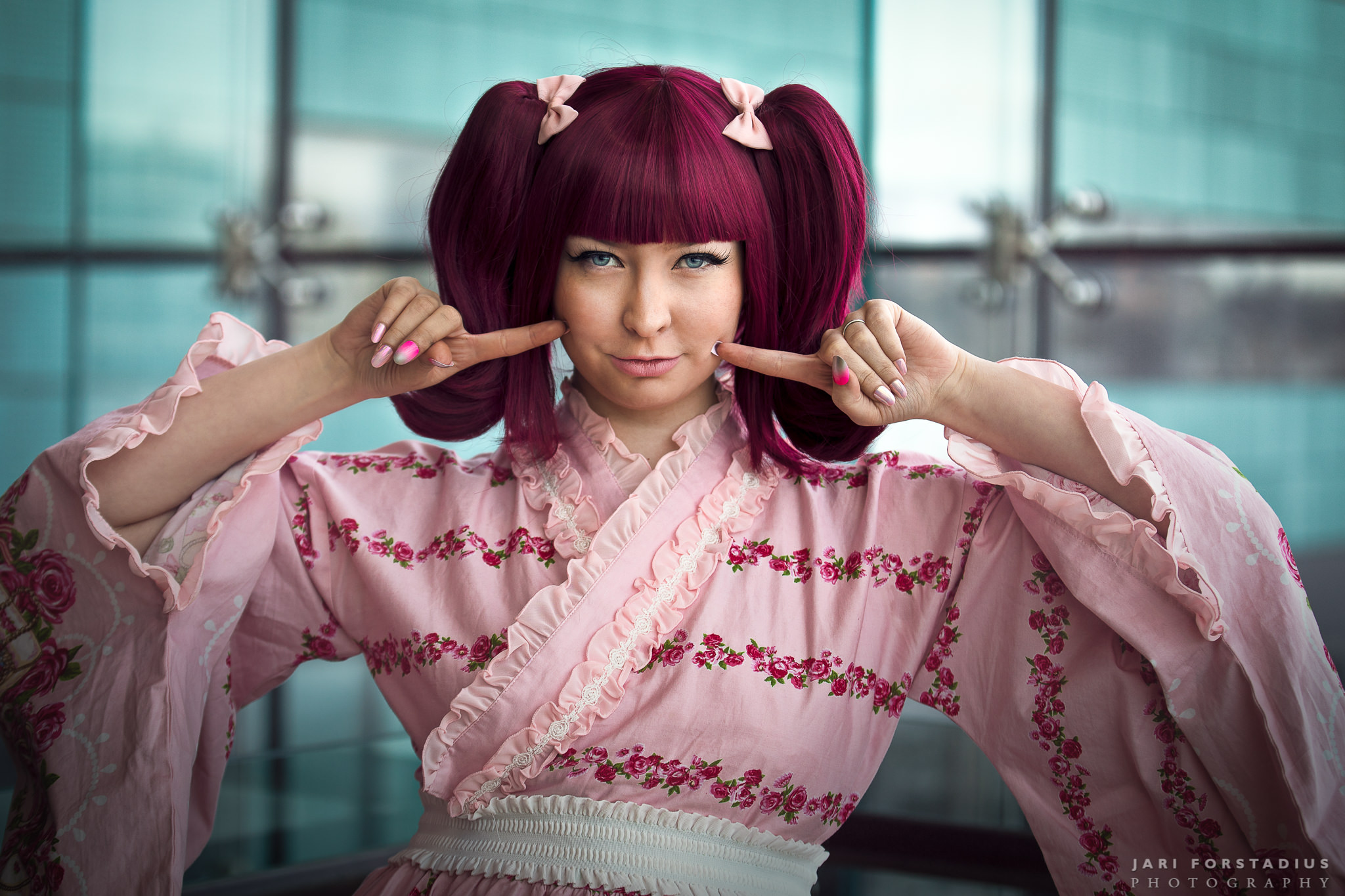 When cosplayers and photographers meet, it is a win-win situation. Cosplayers like to have photos of the costumes and characters they have spent time and effort to create. For photographers the dressed up cosplayers are an unique photography possibility that brings nice variety to the portfolio. Experienced cosplayers are often also good models with fine tuned posing skills of their own as they have practiced portraiting the character they are playing.

There was a photography event where I had a quick chance to snap some photos of the awesome @niinascosplay with her Lolita outfit. Niina’s experience in the front of the camera was visible immediately when I asked her to pose for me. It took only a couple of minutes to take the photos presented here. It was actually a lucky coincidence that there happened to be turquoise background available. It matches nicely her eyes and counters the pink theme.

An issue that has been puzzling me lately is that should I approach each photo separately or as a series. For example if following photos would be made as a series, I would have matched the saturation between the pictures more accurately. Now I approached the Mona Lisa in Pink as an individual photo and thus it has more matte look than the Blue Eyes photo. What do you think? Is it better to make the photos in a series match, or go with a feeling for each individual photo?