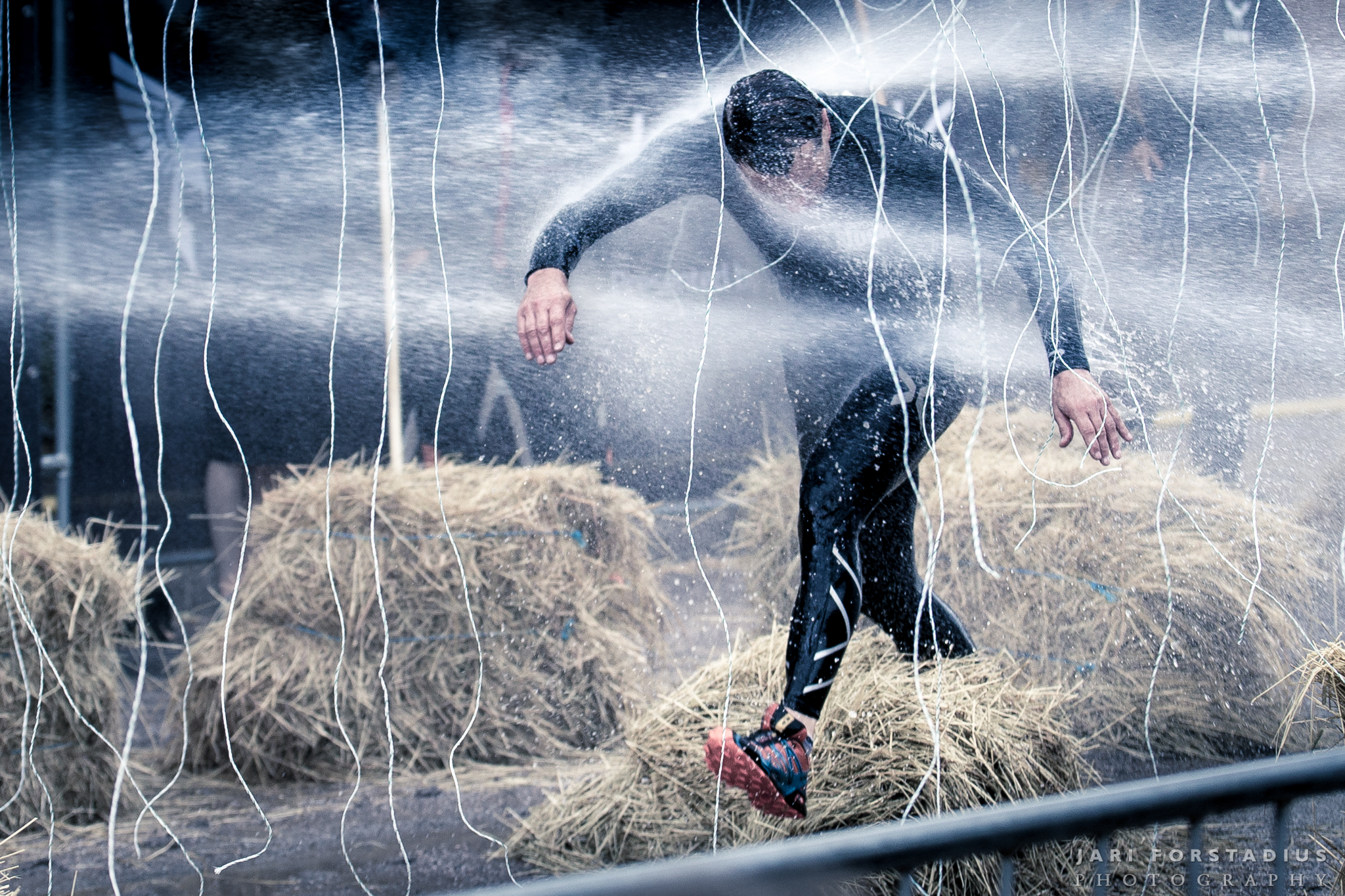 This year Tough Viking competition in Helsinki Kaisaniemi got extra twist from heavy rain. The competition is 12km run with 15 different obstacles including climbing, swimming and crawling. If I called for more dramatic weather when shooting swamp soccer at Hyrynsalmi (Swamp Soccer Photography), this time I got what I ordered. Heavy rain made the competitors look even more soaking wet and miserable. However, the atmosphere was great and everyone smiled when they saw the man with the camera.

In Finland we have a saying that the weather is only a question about the right kind of clothes and I had read the weather forecast. Hence, I had myself covered with a water repellent jacket and trousers as well as a cap to prevent water dripping on my glasses. I had a do-it-yourself cover for the camera. Plastic freezer bags can easily be used to cover the camera as well as the big lens from the rain. Simply rip a right sized hole in the other end so that the lens barely shows through. The other open end provides access to the camera controls. It helps to have a camera and lens that have some water resistance themselves.

I was so focused to the action that I forgot first to put the rain cover over my camera bag. Luckily a realized this after a while, but after the event I needed to let my bag dry well.

5m high wall was one of the most challenging obstacles in the course. Also the last obstacle, called 10 000V, was quite a thrill. It was a tunnel were water was shot against the runners and there were electric wires hanging from the ceiling. Previous obstacle was a water pool, so it was guaranteed that everyone got jolted well from the wires.

If the run was an extreme test for the competitors, it was also quite a test for a camera man. In this kind of thrilling event in the middle of the action, one has to really know his camera. I really recommend photographers to do at least some of this kind of shooting sessions even if it would be out of their specialty. After this kind of day, you really become one with your camera and it becomes a tool you can use on instinct.